It’s taken a long time – too long, probably – to find my note-taking method, but I’ve found it: Fisher Space pen scribbles in cheap spiral memo pads in a cheap memo spiral pad holder jotted down on the day’s run and throughout the day’s non-writing hours.

This is my brain – and now there are two (though only one is in use, as is usually the case).

Story being: late last week, after returning from a visit with my grandfather – where I made him an addict of the work of both Wallace Stroby and Alison Gaylin – I received a text from him (this grandfather being the internet junkie – I don’t talk about what we’re watching via streaming until we’re finished because he’ll binge the damn thing and finish it before we can – and technophile; the other being a technophobe who, in rare moments of actionable peturbation, writes letters of dissatisfaction to catalogs – and, more often than not, gets results): I had left my beloved cheap memo pad holder on the front porch.

When I arrived an hour or so later, give or take, to retrieve my illegible brain, he handed me the memo pad, but it had, in the interregnum, grown: he had filled it with a new pad, a fresh one – as he had extras, he told me – because he figured I could use it.

And maybe, one day, I will – but not now, not yet: that night, I ordered another memo pad holder (same as the old memo pad holder) and, upon its arrival, filled it with my cheap memo pads for the recording of cheap thoughts; the original, with its grandfather–gifted extra memo pad remains, for now – and in full defiance of his original purpose of gifting – just as he returned it to me: blank, fresh, and unblemished with my illegible brainmatter: a tactile memory of a thoughtful kindness from the man who granted me not only my love of classic film (and books and music and…) as a child, but, now, as I near 40, the gift of a cheap memo pad, again and always encouraging my path in ways large and small – but in ways always great. 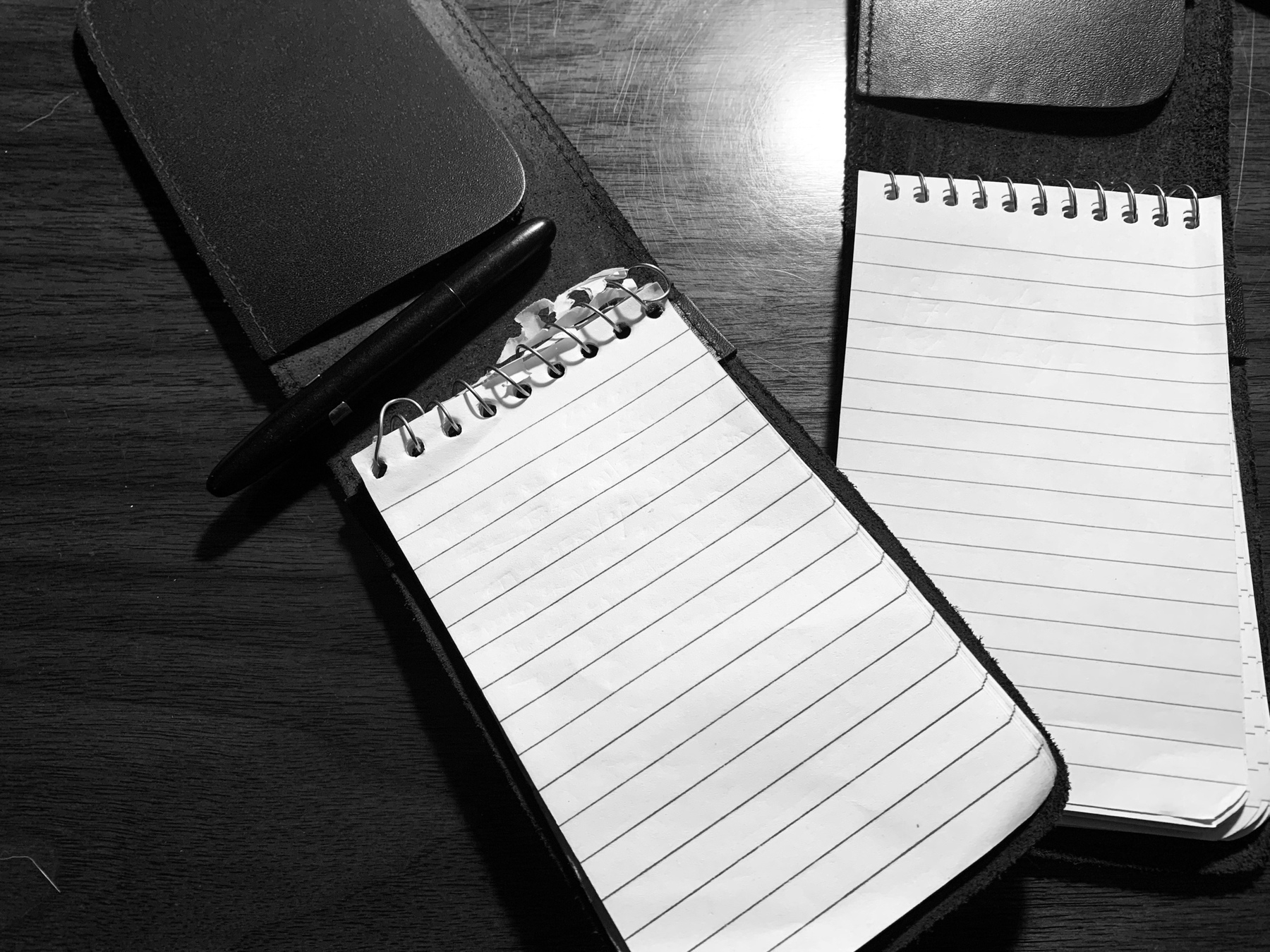