Kirby has outgrown his first collar; tried Marley’s (RIP, buddy) collar, but it was too large, yet. Into land of medium we go.

Worked not on Book work but on prep for tonight’s TSR interview this morning and it bothers me, somewhat, that I’m able to deeply focus on the prep work but not on the novella. Think it’s because non-fic, or at least deadline-based non-fiction, is much easier for me than fiction and the mind, it likes the easy stuff in automatic mode. I prefer deliberate - where fiction and longer form writing resides - but the occasional break to automatic is nice. Should probably try to incorporate this balance a bit more. Rest days v. active days in a yoga practice, only applied to The Work.

Had to update TSR page link because I wrote the slug wrong and then recorded the wrong slug in Ep0003’s intro and outro. Re-recording this afternoon; good soundcheck for 0004’s interview tonight.

Feelings of being behind the times of the times but whatever; time’s always moving so to hell with it. 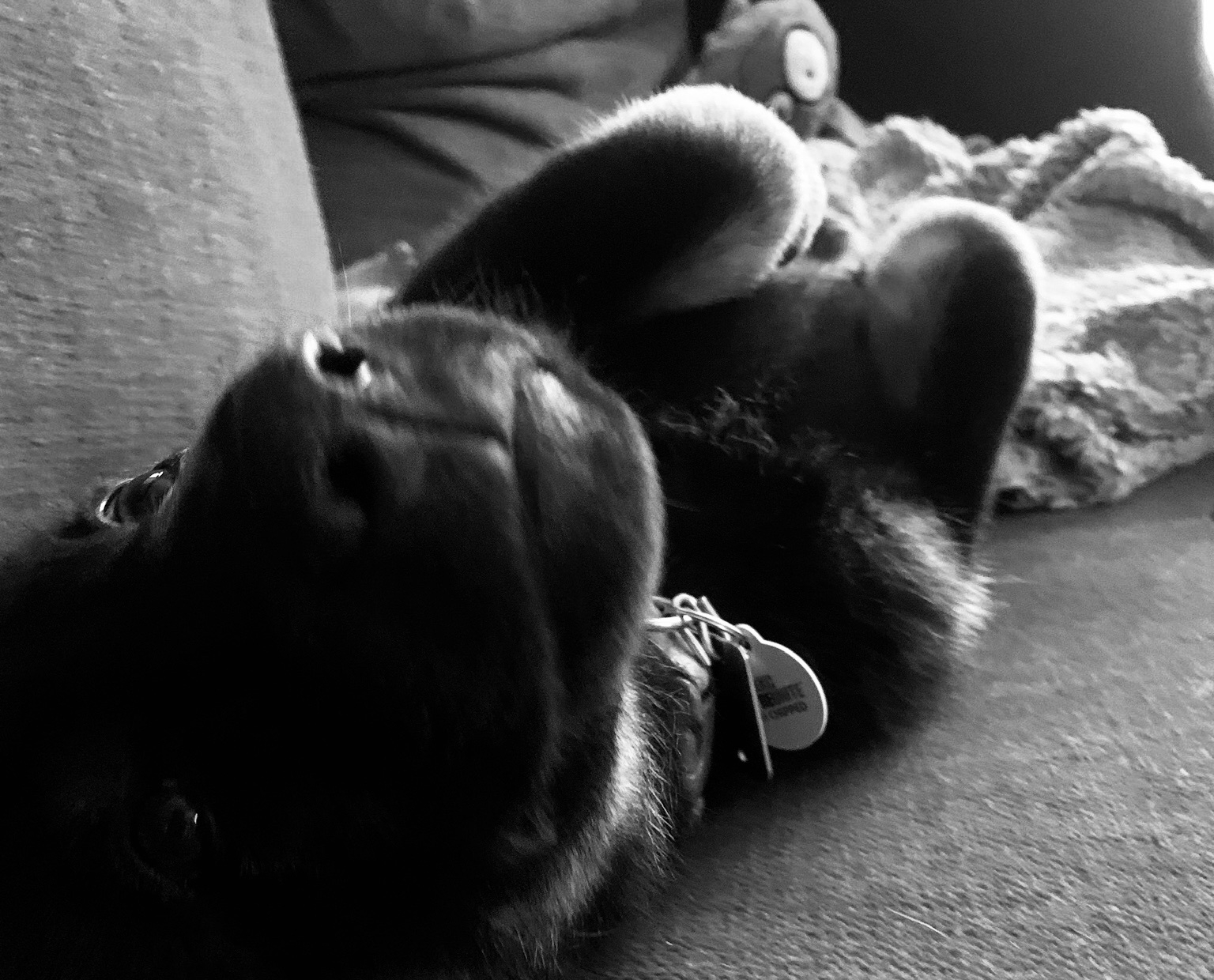